How to play craps

There are so many games you can play in an online casino but when you are looking for a game which has the most entertainment, then craps is the game for you. The main reason why this can be so enjoyable is because of the number of bets available.  This game is a combination of how well you plan and your good luck. This is a fast game with many rules. You can see a lot of action happening around the craps table at any given time. this is what makes people curious about the game. This game is a variation of an old dice game, where the bets are played depending on the outcome of the dice.

This is usually played in rounds. In a round, the first and foremost roll is called a come out roll. This can solely determine the result of the round. If the dice rolls a 2, 3, 7, 11 or 12 then the come out will come to an end. And for other results rolled like 4, 5, 6, 8, 9 and 10 then it is called as a point.  In the game if a point is rolled then the dice will be rolled repeatedly till we get the same point or if a 7 is rolled. 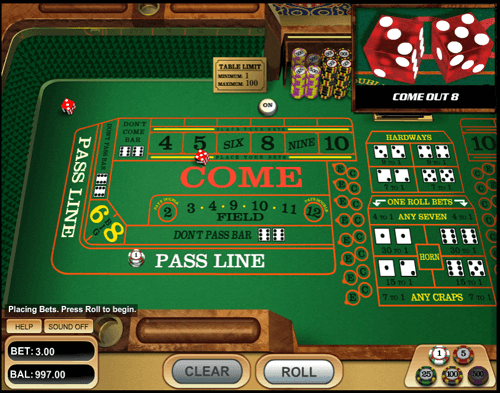 Understanding how to play craps

There are few basic rules one must keep in mind to play craps. This is a game with lot of rules and it is an intricate game to understand. Don’t be scared by the complexity of the rules, but the core aspects of craps once learned, the game is quite interesting.  Let us look at the fundamentals of the game first.

First the shooter begins the game by rolling the dice and on the basis of the combined number on the dice the below things can take place.

Before the dice is rolled, the shooter is supposed to place his bet. Other players can now place their bets.  There is a standard bet which is on the pass line. Once the standard bet is made, the shooter now rolls the dice. This is known as the come out roll.

If the dice that are rolled show up a combined number of 7 or a 11, this means the shooter now wins the same amount of money he bet earlier.

If the dice that are rolled show up a combined number of 2, 3 or a 12, this means the shooter loses.

In case the player rolls a point number which is 4, 5, 6, 8, 9 or a 10, the game now continues from here. The player is now trying to get the same point number.

If in case he rolls a 7, then he loses. This is the basic fundamental of this game. Now lets us look at the detailed version of rules and how we play craps.

As discussed earlier this may seem like a very complicated game and at first may even confuse you to some extent.

The few basic terms of the game craps are the

This looks like a puck. The puck at any given point reminds you at which stage the game is currently in. if the marker shows off and is black in color, this means the player has not made his point yet.  And on the other hand if the puck is white in color and shows “on” plus it has also been placed on the number then that’s the point the player has rolled.

Few things to remember here is that the bet must be placed before the first roll.  The player makes a pass line bet and pays the even amount of money 1:1.

This is reverse of the pass line bet we just discussed.

This means that this bet is established after a come out roll has been placed by the shooter. Once the come bet is placed and the dice is rolled, this bet goes to the point number which was rolled. This becomes the number you will be gambling. This is an extra bet which adds to the pass line bet. This basically allows you to cover more numbers throughout the board and win more money.

This is the reverse of the come bet we just discussed. This don’t come bet is placed after the come out roll. This bet again follows the rules similar to the don’t pass bet.

This bet helps you earn a higher amount of money and basically acts as a backup. This bet can be placed either on don’t come bet, the don’t pass line bet, the pass line bet as well as the come bet.

This is another type of a side bet that can be made. This bet can be made at any time of the game and increases your probability to win more amount of money. In the field bet 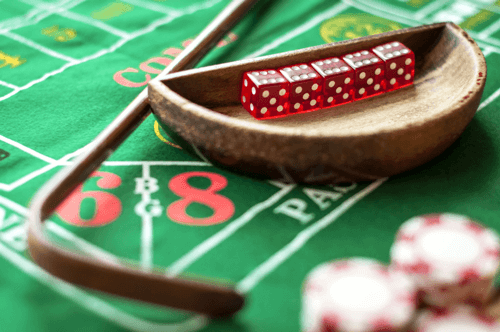