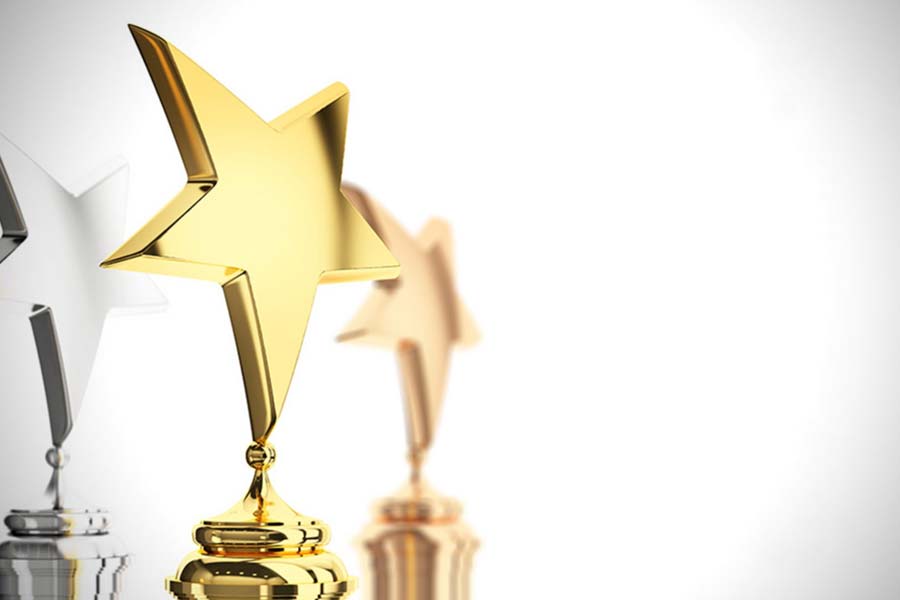 The iGaming industry is going places. Every day there seem to be new companies taking their piece of the iGaming pie. Whether it be new game developers, new software developers or new online casinos, the choice is now astronomical on all counts. But how do we know who’s the best? I mean, there are awards for the movie industry, the TV industry, the music industry – but are there any for the iGaming industry? Well yes, they may not be as famous as the Oscars, BAFTAs or Grammys. They may not get cartloads of A-List celebrities fighting it out to be the most photographed of the night, but they do what they need to do – they tell us who and what is the best in the industry. So what are they? Where are they held? Who decides the winners? Let’s take a look at the biggest ceremonies out there. There are plenty of different awards out there. In this article we go through all main generic awards, rather than at the niched ones, such as The Gaming App Awards, focusing on Best Casino App award and other mobile related prizes.

The International Gaming Awards are held in February – the next one being 18th February 2018 – in Grosvenor House Hotel, Park Lane, London. This black tie event has been around since 2007 and is the height of luxury. There are approximately 26  award categories which include: Casino/Intergrated Resort of the Year; Casino Operators of the Year Europe; Casino Equipment Supplier; Corporate Services Supplier of the Year; Great Place to Work Award; iGaming Software Supplier; Socially Responsible Operator – amongst many others.

So, how do companies get nominated, and who decides the winners? You can nominate the supplier or operator of your choice on the website. Then, every October, a global judging panel of industry experts from both the land based and online gambling sectors sit down and review the nominations for the different categories. The judging panel is separated into 2 groups – those judging the operator categories and those judging the supplier categories. Voting takes place over a 2-3 week period and the awards are decided. The winners are then announced at the ceremony, and from that moment, the voting papers are available to review.

As well as the main awards event, there is also the Women in Gaming Award Ceremony, held in May since 2009 in the Savoy Hotel, London. Featuring approximately 16 awards to celebrate the growing contribution of women within the industry, it is also possible to nominate on the IGA website, and the judging happens in the same fashion as the main award ceremony. Further to this, there is now the App Awards, which started just 2 years ago to recognise the latest technology in the industry and how it connects to their customers. This is held annually, every May in Jumeirah Carlton Tower Knightsbridge.

The Global Gaming Awards is now in its fourth year, and is held in October in the Venetian Hotel, Las Vegas. You are able to nominate yourself for an award as well as being nominated by others, of which there are approximately 12 categories. These include: Land Based Operator; Digital Operator of the Year; Responsible Business of the Year and Digital Product of the Year, amongst others. Once the nominations are received and collated, the nomination panel made up of 11 industry experts, bring together the shortlist. Finally, the shortlist is sent on to the 60 industry leading judges who decide on the winners. The winners are then announced in the big ceremony.

The EGR – eGaming Review – magazine is the world’s acknowledged leaders in business information for the online gaming industry. Each year the EGR Operator Awards are held in October, in Grosvenor House, Park Lane, London, attracting over 700 industry professionals. The EGR Operator Awards rewards B2C operators for setting the standards in a range of different categories, which include Headline Categories of: Affiliate of the Year; Bingo Operator; Casino Operator; Mobile Operator; Operator of the Year; Poker Operator and Rising Star. There are also the Operator Categories which include: eSports Operator; Lottery Operator; Mobile Bingo Product; Mobile Casino Product amongst others. Companies can enter themselves for the awards on the website, and then the judges will create a shortlist. The shortlisted companies then nominate one representative to attend a judging panel where they present their submission and then have a 5 minute Q and A with the judges. The winners will be decided from this process.

This is a relatively new awards ceremony which started in 2016. The ceremony takes place in The Brewery, London, during the London Affiliate Conference. This award ceremony is free to attend for those registered with the London Affiliate Conference.  There are 25 award categories (down from last year’s 32), including: Best Bingo Affiliate Manager; Best Sports Betting Affiliate Program; Best Casino Website; and Best Use of Social Media by an Affiliate. The companies submit their entries which are then reviewed by the board. The shortlist is then announced, and the shortlisted companies then submit criteria forms. The judging panel, consisting of almost 60 industry experts, then review and make their final decision.

This is also a new award ceremony, in its second year, that takes place in November in Malta Fairs and Conventions Centre, Ta’ Qali. The biggest criteria in this awards ceremony are that the nominee must have a strong connection with Malta. There are only 6 category awards in this ceremony, which are: Affiliate of the Years; Careers Program of the Year; Corporate Responsibility of the Year; Fastest Growing Operator of the Year; Innovator of the Year and Investor of the Year. Companies can nominate themselves or be nominated by others, and these nominations are reviewed by 6 industry experts from Malta Gaming Week. Three finalists will then make it through in each category, where the winners will be decided by the 32 judges. All proceeds go to a local charity.

This ‘Award Ceremony’ has been around since 2001 and are awards given online for both the best and the worst in the industry. The awards are announced in January and cover the previous year. They started off with just four categories: Best Casino of the Year, Best Casino Group, Worst Casino of the Year and Worst Casino Group, but have grown and now have over 30 awards. They now include Best and Worst Customer Service, Best and Worst Casino Manager, Best and Worst Customer Experience, and a whole range of fun and not so serious awards. These awards are based upon Casinomeister’s members’ own experiences – looking through old threads for complaints, good and bad experiences, news articles and announcements. Obviously although these aren’t as serious as the big prestigious ceremonies, they are decided by the players, the real people who experience the best and worst of the industry – so not something to be brushed aside.